In just the past several weeks, we’ve been shocked by stories of man versus beast encounters at a zoo and a popular theme park. In separate incidents, an entertainer is gunned down during a post-concert meet and greet with fans, and 49 people at a nightclub are killed in a horrifying mass murder. Record floods sweep away property, lives, and dreams.  A 24/7 news culture and a world embroiled in ideological wars and a moral freefall seems primed to produce a steady stream of these kinds of tragedies.

In each instance, innocent bystanders are thrust into life-and-death situations they would never choose, but to which they must quickly respond. Too often, the reality of personal helplessness descends on those caught up in the turmoil as they realize they possess neither the training, the courage, the presence of mind, or the physiological capacity to do anything to save themselves or others.

In the aftermath of these stories, the people involved typically fall into one of three camps: victims, survivors, or heroes. While there is often nothing even the most prepared individual can do if they are caught in a natural disaster or in the proximity of an armed killer in the initial moments of a melee, a post-mortem of an event often uncovers missed opportunities to preserve life and limit the carnage. Whether danger comes as a result of the forces of nature or an individual in a violence-prone culture, it will fall to us to personally prepare – as best as we’re able – so as not to succumb to victimhood should we and our families be confronted with a life-threatening situation.

In doing so, we fulfill much of the purpose statement of what it means to be “Fit For The King”:

“Being Fit For The King is to be physically available to love God completely, let Him love others through you, and accomplish all He desires with you for His glory.”

As a faith and fitness writer and speaker, it’s hard not to be confronted with the physiological component of these kinds of tragedies. How many become victims because of their inability to react and respond physically to the threat they’re facing? How many survive because they possessed the strength, endurance, or confidence to act in the midst of chaos? Who determines to put themselves in harm’s way out of a selfless response to serve and protect others? What kinds of people are selected as easy targets to begin with? Is our rapidly declining state of physical health turning us into a nation ripe for victimization?

In an emergency, could I sprint 200 yards to escape danger? Could I scale an 8-foot fence?

Could I walk or run for miles to get to a road or reach cell service? Could I carry someone to safety?

I recently became aware of a personal connection my ministry partner, Joe Tewell, had to a dramatic local episode whose anniversary provides potential lessons in the midst of tragedy. Des Moines Register photographer Mary Chind arrived at the scene in time to chronicle the event with pictures that eventually won her a Pulitzer Prize.

Searching by boat for a favorable shore site to watch the July 4th fireworks spectacular provided each year by the City of Des Moines, Alan and Patty Neely, 62 and 67 respectively, traversed the Racoon River in Des Moines on the afternoon of July 3rd. Their boat unexpectedly capsized, throwing both into the river and sending them over a dam and into a churning wake at its base. Alan’s life vest fell off in the torrent, and, unable to suspend himself, he quickly drowned. Patty was able to secure her life vest and, in concert with her feet kicking and arms stroking, was able to keep her head above the roiling water despite being regularly submerged. Aware her husband was lost, she did this for 35 minutes as fire and rescue teams stood helpless on the bridge above, unable to reach her by boat or rope. 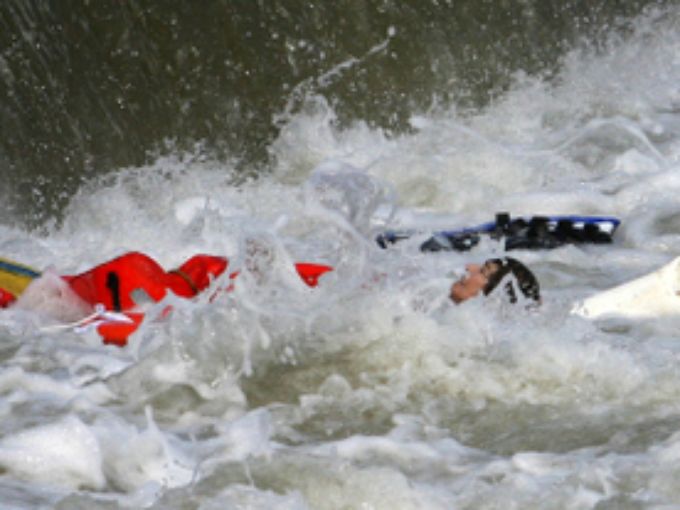 A hero came to Patty’s recue: Jason Oglesbee, a fit construction worker employed near the scene who commandeered a large crane and swung out over the river balancing on a braid of chain. 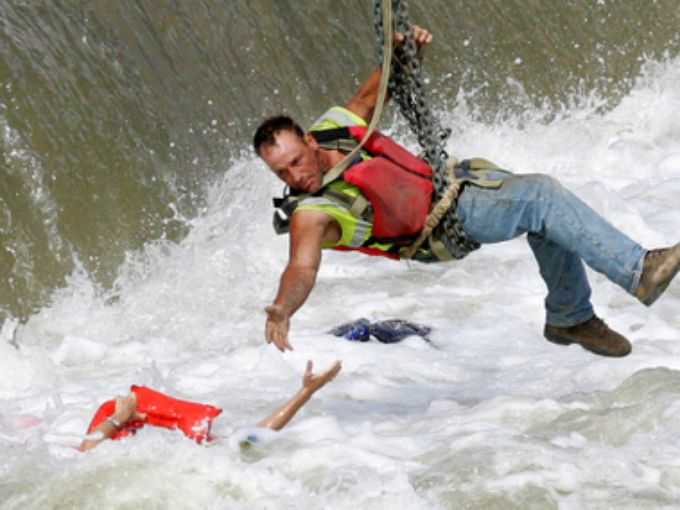 With one hand Oglesbee pulled Patty out of the sucking force at the fall’s base and held on as the crane took them both to the river’s bank. 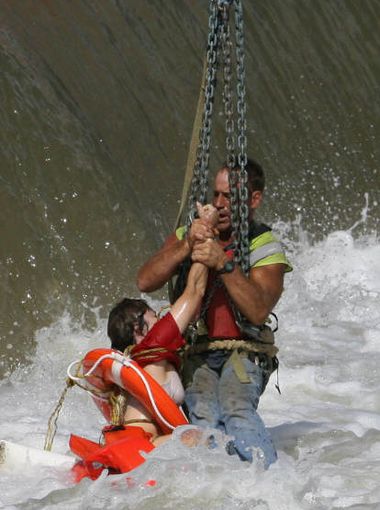 A victim, a survivor, and a hero. Yet there is more to this story than what might appear to be simply a fateful assignment of roles.

Three years prior to this tragic day Patty arrived at Joe Tewell’s fitness club looking for some help with her physical conditioning. In her mid-60’s she was falling into the all-too-common retirement scenario of sedentary living and physical atrophy. Not wanting to have her mobility dictated by a page on the calendar, Patty began training with Joe’s staff, improving her cardiorespiratory condition as well as undergoing resistance training for her whole body. At each of her appointments, her husband Alan would drop her off and then return to fetch her in the lobby – which is as far into the health club as he ever ventured.  Patty worked hard, faithfully working out four times per week; challenging herself to new levels of accomplishment despite her advanced age. Patty’s submission to a gauntlet of conditioning instead of an easy chair more than likely meant the difference between life and death on that July 3rd when the unthinkable happened. Jason Oglebee’s strength and courage, developed through his own fitness regimen, were also necessary.

Events like this should cause us to ask ourselves some important questions about our readiness to respond in a life-threatening situation: In an emergency, could I sprint 200 yards to escape danger? Could I scale an 8-foot fence? Could I walk or run for miles to get to a road or reach cell service? Could I carry someone to safety? Could I tread churning water for 30 minutes? Patty Neely’s story proves that fitness and readiness is often the deciding factor – not age or even gender.

Given the climate of our culture and our mandate of availability to serve others, what role are you preparing for: Victim… Survivor… or Hero? In an increasingly hostile and uncertain world, you may be called upon to serve your family or others. Will you be prepared to answer the call?